How COVID-19 could alter the urban landscape in the future

How COVID-19 could alter the urban landscape in the future

Shaping cities in the future

Pandemics have always shaped cities – and from increased surveillance to ‘de-densification’ to new community activism, Covid-19 is impacting the UK already.

Victoria Embankment, which runs for a mile and a quarter along the River Thames, is many people’s idea of quintessential London. Some of the earliest postcards sent in Britain depicted its broad promenades and resplendent gardens. The Metropolitan Board of Works, which oversaw its construction, hailed it as an “appropriate, and appropriately civilised, cityscape for a prosperous commercial society”.

But the embankment, now hardwired into our urban consciousness, is entirely the product of pandemic. Without a series of devastating global cholera outbreaks in the 19th century – including one in London in the early 1850s that claimed more than 10,000 lives – the need for a new, modern sewerage system may never have been identified. Joseph Bazalgette’s remarkable feat of civil engineering, which was designed to carry waste water safely downriver and away from drinking supplies, would never have materialised.

As the world continues to fight the rapid spread of coronavirus, confining many people to their homes and radically altering the way we interact and travel to, work in and think about our cities, some are wondering which of these adjustments will endure beyond the end of the pandemic, and what life might look like on the other side.

One of the most pressing questions that urban planners will face is the apparent tension between densification – the push towards cities becoming more concentrated, which is seen as essential to improving environmental sustainability – and disaggregation, the separating out of populations, which is one of the key tools currently being used to hold back infection transmission.

“At the moment we are reducing density everywhere we can, and for good reason,” observes Richard Sennett, a professor of urban studies at MIT and senior adviser to the UN on its climate change and cities programme. “But on the whole density is a good thing: denser cities are more energy efficient. So I think in the long term there is going to be a conflict between the competing demands of public health and the climate.”

Sennett believes that in the future there will be a renewed focus on finding design solutions for individual buildings and wider neighbourhoods that enable people to socialise without being packed “sardine-like” into compressed restaurants, bars and clubs – although, given the incredibly high cost of land in big cities like New York and Hong Kong, success here may depend on significant economic reforms as well.

In recent years, although cities in the global south are continuing to grow as a result of inward rural migration, northern cities are trending in the opposite direction, with more affluent residents taking advantage of remote working capabilities and moving to smaller towns and countryside settlements offering cheaper property and a higher quality of life.

The “declining cost of distance”, as Karen Harris, the managing director of Bain consultancy’s Macro Trends Group, calls it, is likely to accelerate as a result of the coronavirus crisis. More companies are establishing systems that enable staff to work from home, and more workers are getting accustomed to it. “These are habits that are likely to persist,” Harris says.

The implications for big cities are immense. If proximity to one’s job is no longer a significant factor in deciding where to live, for example, then the appeal of the suburbs wanes; we could be heading towards a world in which existing city centres and far-flung “new villages” rise in prominence, while traditional commuter belts fade away.

On the ground, however, the story of coronavirus in many global cities has so far been very different. After decades of increasing atomisation, particularly among younger urban residents for whom the impossible cost of housing has made life both precarious and transient, the sudden proliferation of mutual aid groups – designed to provide community support for the most vulnerable during isolation – has brought neighbours together across age groups and demographic divides. Social distancing has, ironically, drawn some of us closer than ever before. Whether such groups survive beyond the end of coronavirus to have a meaningful impact on our urban future depends, in part, on what sort of political lessons we learn from the crisis.

The vulnerability of many fellow city dwellers – not just because of a temporary medical emergency but as an ongoing lived reality – has been thrown into sharp relief, from elderly people lacking sufficient social care to the low-paid and self-employed who have no financial buffer to fall back on, but upon whose work we all rely.

A stronger sense of society as a collective whole, rather than an agglomeration of fragmented individuals, could lead to a long-term increase in public demands for more interventionist measures to protect people – a development that governments may find harder to resist given their readiness in the midst of coronavirus to override the primacy of markets.

We don’t yet know the full picture, but in the new and unpredictable connections swiftly being forged within our cities as a result of the pandemic, there is perhaps some cause for optimism. “You can’t ‘unknow’ people,” observes Harris, “and usually that’s a good thing.” Sennett thinks we are potentially seeing a fundamental shift in urban social relations. “City residents are becoming aware of desires that they didn’t realise they had before,” he says, “which is for more human contact, for links to people who are unlike themselves.” Whether that change in the nature of city living proves to be as lasting as Bazalgette’s sewer-pipe embankment remains, for now, to be seen.

For the full article please visit The Guardian.

The changing landscape of the built environment after a pandemic 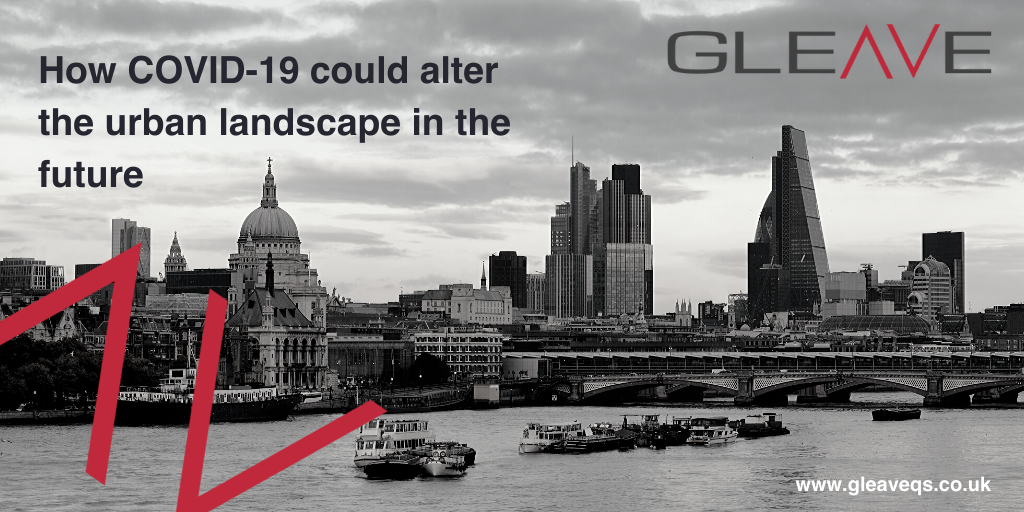